Nepal is a landlocked country in South East Asia, known to many for the Himalayan Mountains on its border with China and for its Gurkha soldiers who serve with distinction in the British Army. The population is 27 million of which 81% are Hindu and 9% are Buddhists. Christians account for just 1.4% of the population and are consequently often persecuted.

Repressive laws prevent proselytism or “hurting the religious sentiment of any caste, ethnic community or class by writing, through voice/talk or by a shape or symbol or in any other such manner.” This makes evangelism difficult. Nevertheless, by the Grace of God, Nepal’s Evangelical Church is the fastest growing in the world and Community Church Polis is blessed and privileged to have a Missionary in Dadhikot, Bhaktapur who is bringing the Gospel to those who don’t know our Lord. Karna Pandey and his wife Santa, are a light shining in the darkness. 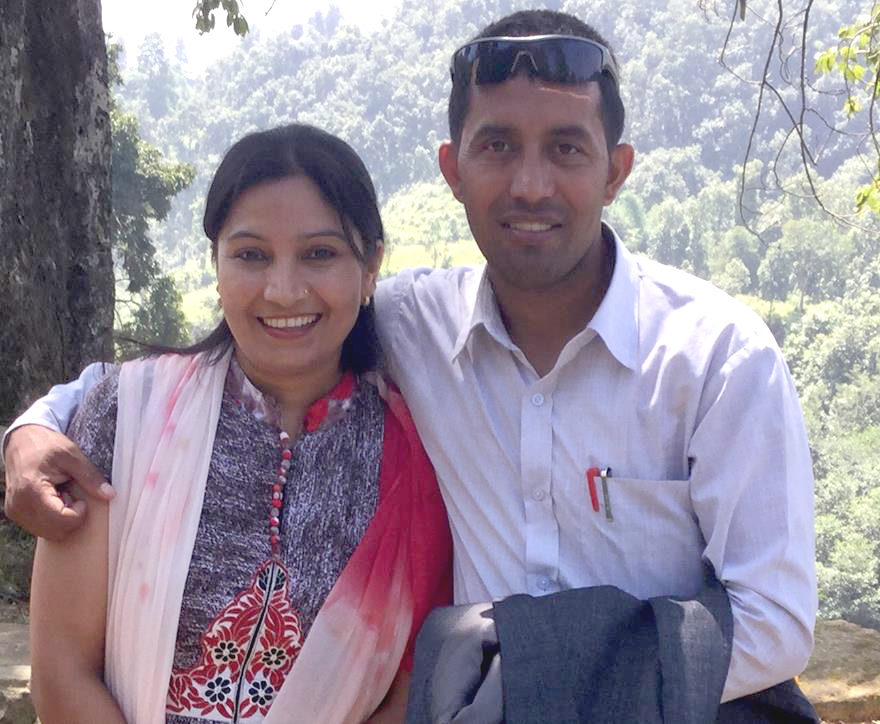 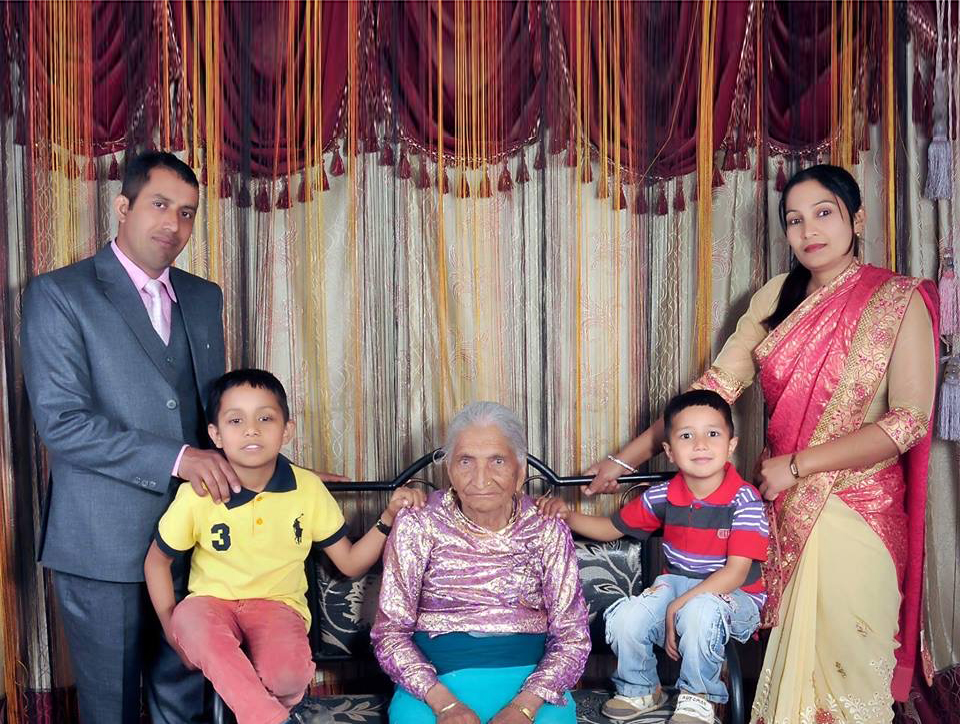 I was raised in a liberal Hindu culture. I more strongly held to Communism and Marxism. I trained in martial arts to the level of Shito Ryu Karate black belt. I finished middle school at age 14, and at 16, I joined the Maoist guerrillas, becoming a political commissar in my province. When I went to Tribhuvan University, I was elected to serve on the free student union in 2003. I was beaten by police, being accused of being a Maoist terrorist – nearly killed and thrown in a garbage container. When found by the garbage collector the next day, my ‘body’ was taken to the hospital. The doctor found I was alive, though paralysed, and I was hospitalised for 7 months. Amazingly, I recovered, and was eventually able to walk again, though slowly.

I escaped to Cyprus to preserve my life. There, my room-mate cheated me, stealing all my money and going to Canada. It was just my 3rd day in Cyprus, and now no money. New society and language, no work, and because of my disabilities, unable to work in construction as others did. I went to Polis and lived in the public toilets for 4 days and 3 nights, without food and clean water, and without cigarettes (I was a chain smoker) or beer. Somehow, I found a job in a petrol station, which I could do easily, just filling cars with petrol. My boss, Josef was a kind man.

That’s where I first met Michael Wright, a missionary from Northern Ireland, when filling his car with petrol. We became good friends in a very short time and I went regularly to the Upper Room where the local Church meets together. After 3 or 4 months, I became bored and lost interest in these things, because everything was completely new for me and also, it was questioning the way I was living.

Michael visited my house every single week, sometimes twice a week. One time, I told him that I was a Shito Ryu Karate player. Michael prayed and stood up and said “God bless you my friend. Jesus loves you” and he stepped out of the door. He came along the next day with a book that was written by Tony Anthony, “Taming the Tiger.” He said, “This is my friend and he is a 3 time world champion!” It was now September 2005, and I read part of the book. Michael kept asking me how I felt, when I read the book.

Michael never gave up visiting me, even when I was nasty to him. He taught me about God’s love, forgiveness, and grace, and His purpose to create me. He led me to the person of Christ. I understood and was convinced that, by the Grace of God, my sins could be forgiven. Eventually, one night when I was reading the Bible in Psalm 91, I just bowed to Jesus. I trusted in Christ. I started to share the Gospel amongst Nepalese and others in Cyprus.

I felt I should go back to Nepal and share the Gospel to the people of Nepal, even though I now had a good job, good money, good boss, and good fellowship. But my heart blows towards Nepal. I wanted God’s will, and talking with Michael, I felt that God was leading me to return to Nepal. Finally, some months later, Jesus made the way for me to go back to Nepal, now with a different attitude and motive, with the determination that I must seek to share the Gospel here in Nepal.

I have since managed to translate the book “Taming the Tiger” with the permission of the author Tony Anthony. My wife Santa and I, having committed ourselves as full-time servants of God, are happy to be worthy of being the servants of the Most High God. We rejoice in our service to Him and His calling. We never feel persecution or any disturbance from family and society since I returned.

Suddenly, my father died in May 2014 May and then I felt quite different. I have been forced to get involved or to leave home. I choose to leave, so then I was beaten and I escaped to Tamghas, whilst my wife Santa and son, Caleb (1.5 year) were forced out from our home in the middle of the night.

Santa and I still experience numerous persecutions but we praise our Lord for His endless love and for keeping us safe and happy even in the midst of the storm and various difficulties. We are more eager to serve Him boldly.

We ask you to pray for us. God Bless.

With prayer and love – Karna and Santa Pandey

Please ensure to read and follow the new government guidelines, regarding the SafePass: Government Covid Announcements

Join us for Sunday Service at our location or online! 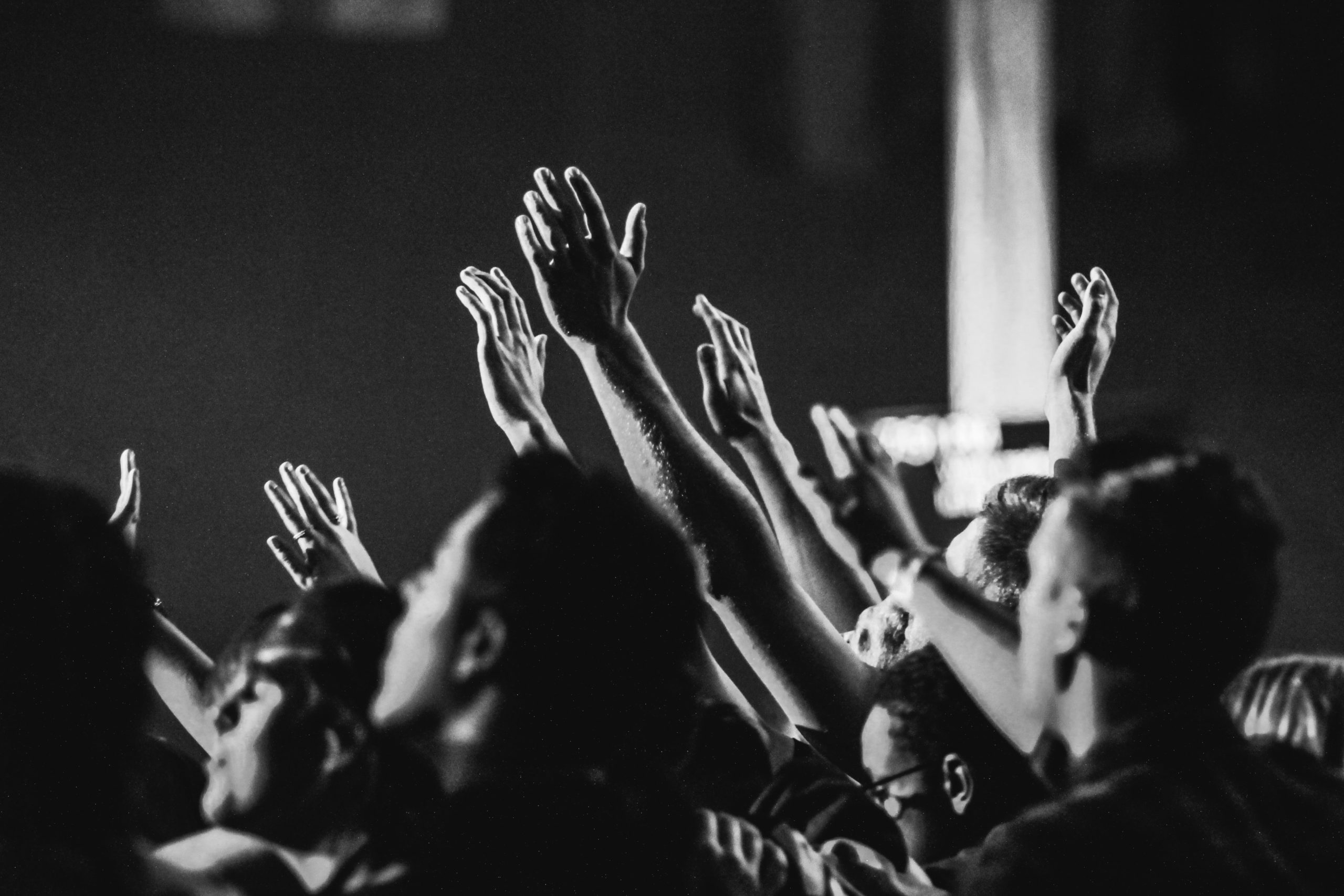 Due to limited seating spots, we kindly ask you to reserve a seat for your preferred Sunday service time.

ALL in-person weekly events have been postponed until further notice, including bible study and prayer meetings.

Wednesdays @ 9:00AM at our Paphos location.

Tuesdays @ 6:30PM at our Paphos location.
Zoom meeting link is available for those who want to join online. Contact us for details.

We Believe In The Trinity

“Go therefore and make disciples of all nations, baptizing them in the name of the Father and of the Son and of the Holy Spirit,

teaching them to observe all that I have commanded you. And behold, I am with you always, to the end of the age.”

He is the radiance of the glory of God and the exact imprint of his nature, and he upholds the universe by the word of his power. After making purification for sins, he sat down at the right hand of the Majesty on high, …

“Draw near to me, hear this:
from the beginning I have not spoken in secret,
from the time it came to be I have been there.”
And now the Lord God has sent me, and his Spirit.

In the beginning, God created the heavens and the earth.

“Fear not, nor be afraid;
have I not told you from of old and declared it?
And you are my witnesses!
Is there a God besides me?
There is no Rock; I know not any.”

“I and the Father are one.”